After a day to forget yesterday I am pleased to report that the legs seemed to have come around overnight, thankfully.

Yesterday was a tough one for me, not quite feeling like I know I should and being much further down than I would have liked, it left me questioning what I was doing as a bike rider. The mind games start, as they usually do and I couldn’t quite pinpoint the reason as to why I was feeling like I did.

Fortunately I have travelled with Team Bosal and their off the bike their antics have kept the morale high. The rally drive to dinner after getting lost and the constant friendly banter helped take my mind off things. I have mentioned Team Bosal before, although I should probably dedicate a blog post solely to them in the future to bring the readers up to speed, so to speak with the nature of the relationship and how the name of this team was derived.

This morning we were once again we were off to a fiery start, with the speed high the front group was whittled down to the usual protagonists. This time, I was there too, not just hanging on for dear life but comfortably. The descent down the escarpment, towards Ceres, was on a newly constructed section of single track. This trail was crafted by local farmers: Mauritz Walters and Fred Lingenvelde and their workmanship was exceptional. I found myself sandwiched between the pairing of Martin Gujan and Ralph Naef… No pressure having a former XCO World Champion hot on your rear wheel…

The lead group early on. 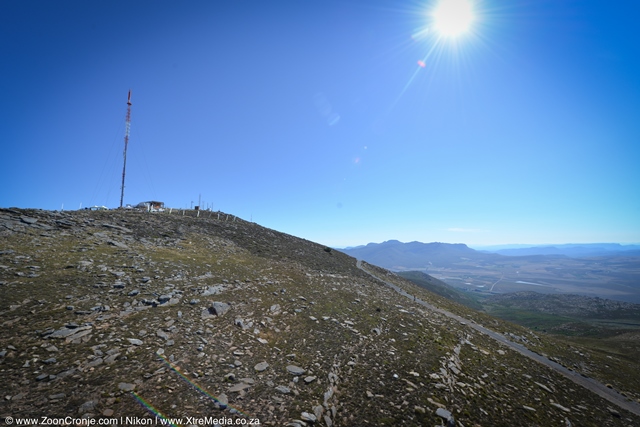 The peak of the Merino Monster at casual 1700m above sea level.

The group split and rejoined a couple of times until the decisive moves on the climb back up the escarpment went. The warm up if you will, for the beast, the Merino Monster that hungrily awaited our arrival. The 8km beast saw us ascending 800 vertical metres, on mostly good road but some sections ramping up to 18% in the exposed heat had us begging for mercy.

The rugged, technical descent allowed no respite but once we were off it, 10km lay between the finish line and the riders. I had kept Stefan Sahm within 45seconds going up the Monster and now set about trying to close that gap on the flatter roads to the finish. Despite a good effort, if I may say so myself, Sahm held me off and finished some 15 seconds ahead of me at the line.

It was not an easy day out by any means but the riders will most certainly agree it was a rewarding one. Hopefully I can carry the good legs through the final stage tomorrow.