It’s not often that a plan comes together, and when it does, it’s awesome! The Dutoit Tankwa Trek and the MTN Sabie UCI World Marathon Series races, a week apart, were my first goal races for the year and I am pleased that both went according to plan.

I haven’t raced in Sabie for a number of years, as an elite athlete not once actually! Quite a scary thought considering the number of years I have raced mountain bikes in South Africa. My last visit to the Louwveld town was at the age of 17, where I was racing the National XCO Cup race and finished 7th in the junior men. On this trip I was fortunate enough to join Tess and Rodney from Enervit for the weekend.

Now I would be lining up with the big boys, all guns blazing. As the race was part of the UCI World Marathon series and afforded opportunities to qualify for the UCI World Marathon Championships to be held in June this year, a stacked local and international field lined up. Just about anyone who’s anything in South African mountain biking was there, along with once again, a strong German presence from the Bulls and the Ultrasport Rose teams. 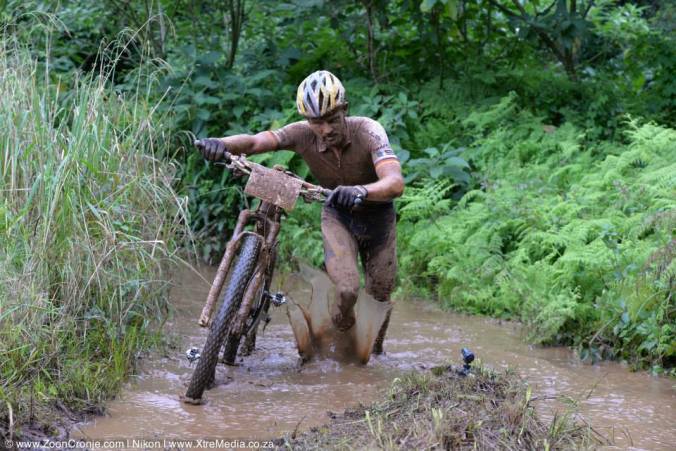 Platt on the move.

Rodney from Enervit affectionately described Sabie as being on the bottom of a fish bowl, hence the only way out, is up. And yes we went up, soon after the gun, tackling the sh!t show of a mud bath that had brewed overnight. The mud, as I’m sure you have seen, heard or experienced was a dog show. I myself didn’t mind it, but I did feel sorry for my bike, which held up very well through tough conditions, but will need some serious TLC this week. With conditions as they were, managing your equipment became as important as managing your efforts. I think I did both well and it paid dividends in the last hour of 6 hour race when I think most had budgeted for a 5 hour day.

This is not to say I didn’t have a good few what the f&ck am I doing here moments, but as I felt strong towards the end, I picked up shrapnel from guns blazing early on and finished in a strong 12th position. The job on the day was to qualify for World Marathon Champs (a top 20 was needed) and I am glad to say it was done. To be honest I was always aiming higher than this and am content with the result on the day, steadily moving up.

With the first part of my 2014 campaign done, it’s back to the drawing board to refine the rough sketch of my next plan into a work of art. This translates to hours in the pain cave, but when a plan comes together; it’s just worth it… 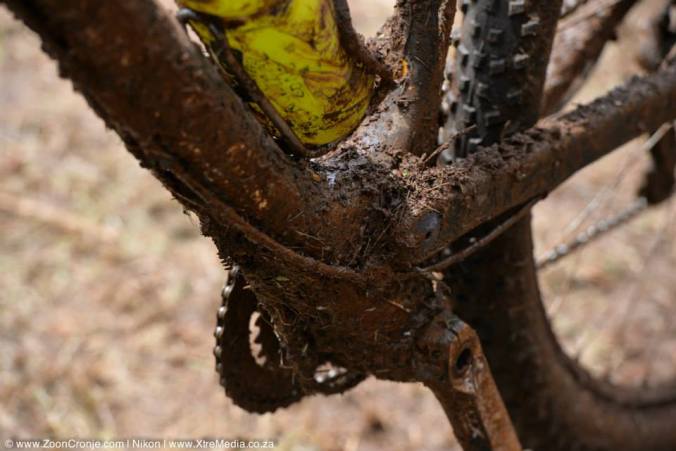 Mud and bicycles, the bike shops will be doing well this week. 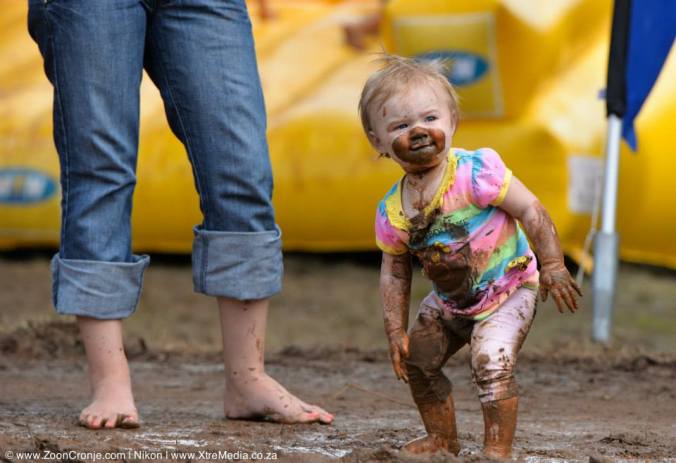 I think she may have had more fun than I did.