Let’s rewind a few days. Last Wednesday I went to my first Killarney ‘race’ of the year. For those that don’t know, Killarney is a Wednesday evening 1 hour criteriums ‘race’ on the Killarney race track in Cape Town.  It is a great training session and useful to work on some high end power and sprinting work. With the wind pumping the ‘bunch’ was whittled down to only 12 riders. I unfortunately saw my race come to an end with about 3 laps to go when one of my fellow competitors came straight across into my front wheel.

Come Sunday, I lined up in Durbanville with the sun just breaking through the horizon for the 110km Tour de PPA. Highlights included the ascent up the dreaded Vissershok climb and plenty of wind once again.

The Vissershok climb albeit short, kicks up to quite a steep gradient. I felt comfortable going up here and the bunch split up quite considerably with just 35 guys left in the front. 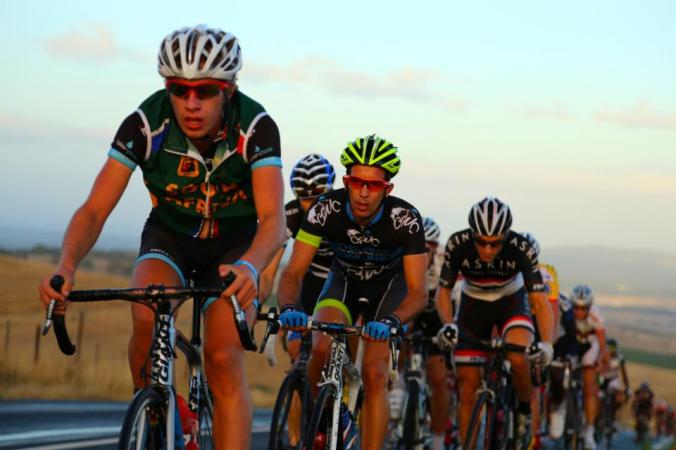 We went back through Durbanville before our tour through the Boland. The attacks came and went until a successful move of Raymond Cox and Chris Jooste managed to stay off the front. I didn’t think they would survive with another 60km to the finish and strong cross and head winds, but to our surprise they did and took first and second on the day.

The Maties boys tried to bring the break back and were later assisted by the Orbea team but were not successful. The wind in the meantime had helped splinter the bunch further until there was just 10 of us left coming into the finish.

I managed to judge my sprint well and came around Craig Symons and Oliver Stappleton Cotton to win the bunch sprint and take 3rd on the day.

One day when I’m big I wana be as bad ass as this guy…. I’ve done this on the bike before but this guy takes the cake for being bad ass!