After consuming countless calories and a few beers, it’s almost time to get back into the swing of things.

After a good 60+ racing days this year, I was in need of some proper down time. Following Wine2Whales, the bikes were put away and I found myself in the queue at KFC ordering a 6 piece chicken meal! I have been enjoying eating the food which I usually try avoid during the year!

It has been great to spend some time with friends and my girlfriend doing things ‘normal’ people would do like, having a lie in on a Saturday morning instead of waking up early to head out for a couple of hours. 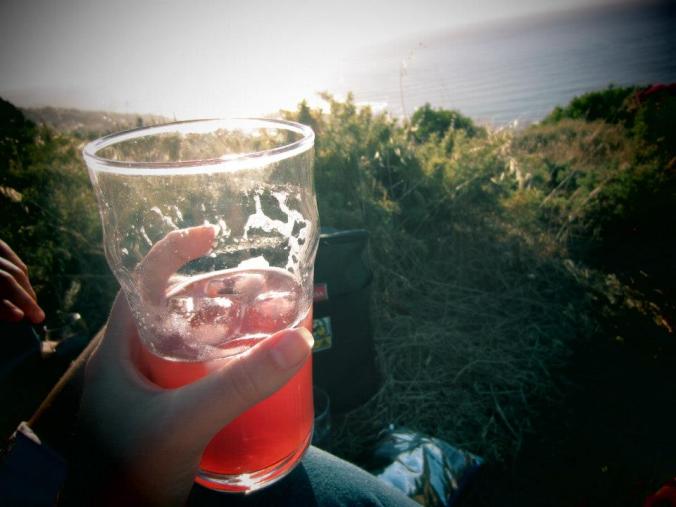 Pink Drinks – It wasn’t mine I promise 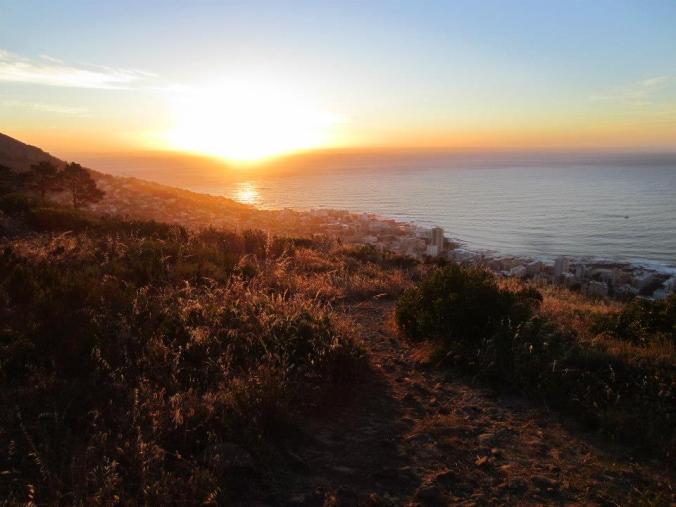 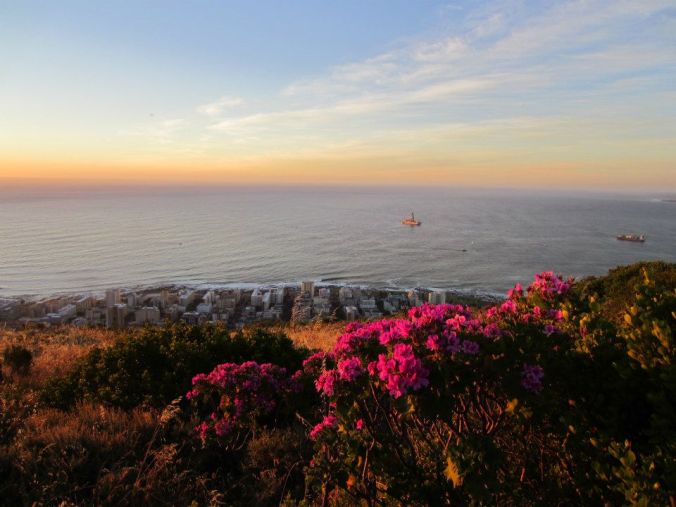 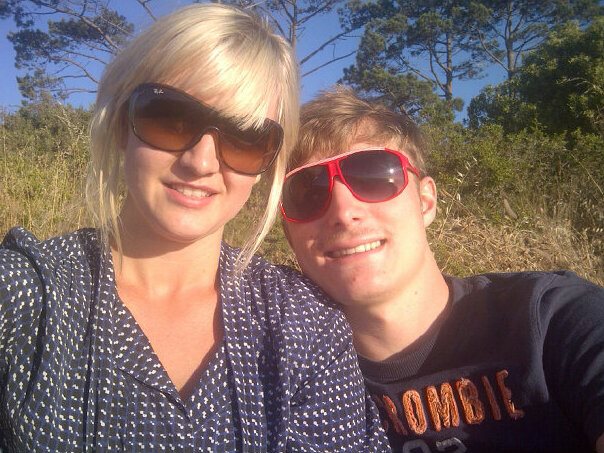 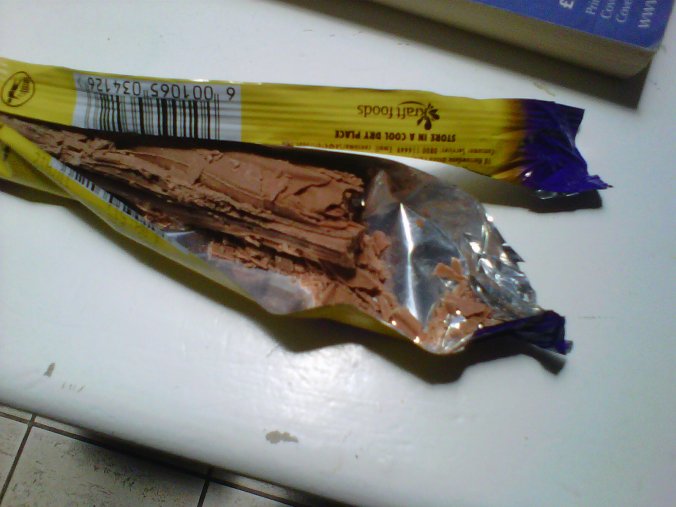 I have also dedicated my spare energy into trying to grow a mo. It’s really there people, not so visible with the lack of black facial hair. Check out my Movember page here and donate if you’re game! I’m low on the ranking peeps, need all the help I can get!

With my body and mind feeling recharged I’m raring to go and looking forward to starting up the engine again come Monday. I have some big goals next year and the preparation for these starts with a month of solid base training.

Till next time folks, 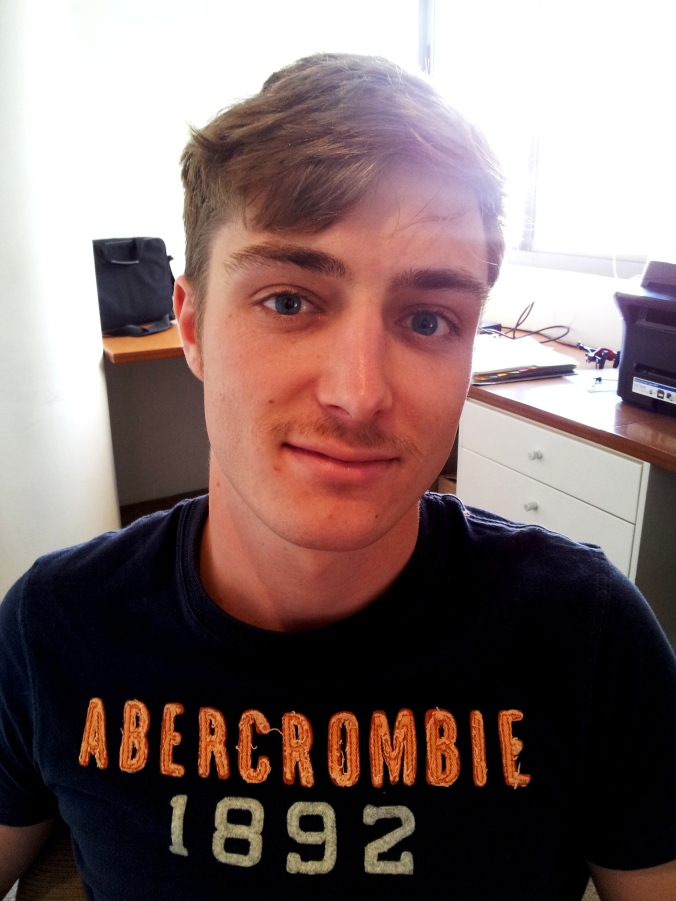 After the way in which our Wine2Whales ended last week I was in absolutely no mood to blog about it.

The first day started off ok for us. Us being: Hasi and I, riding in the Asrin Colours for the 2012 Contego Wine 2 Whales powered by Maserati. It would be my first time riding the event as I would usually be deep in the books preparing for exams. It’s awesome of being done with studying!

I wasn’t climbing particularly well and with the first half of the first day containing more than a thousand metres of ascent this would be problematic. I also became acquainted with the dirt after a branch got stuck in my wheel and sipping on a bottle at the same time. Anyway we came around towards the end of the stage but it was too little too late and we finished in 8th place on the day. 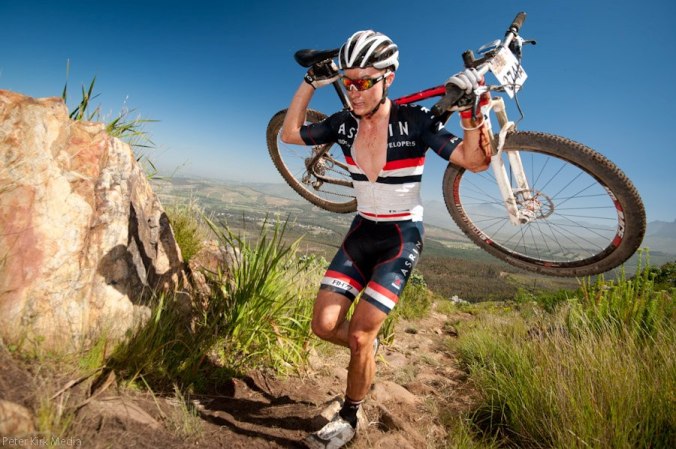 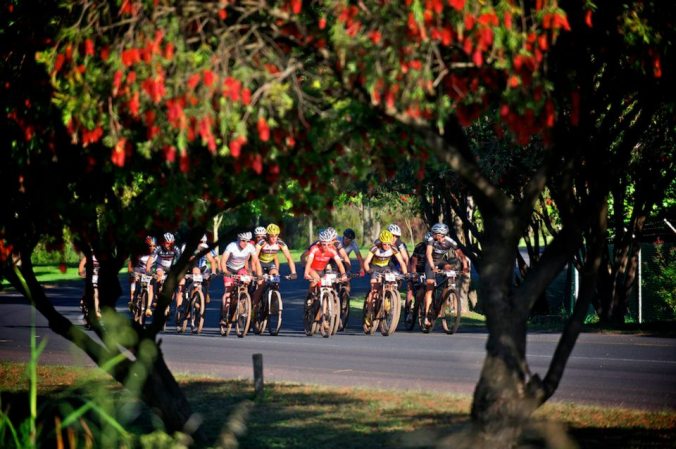 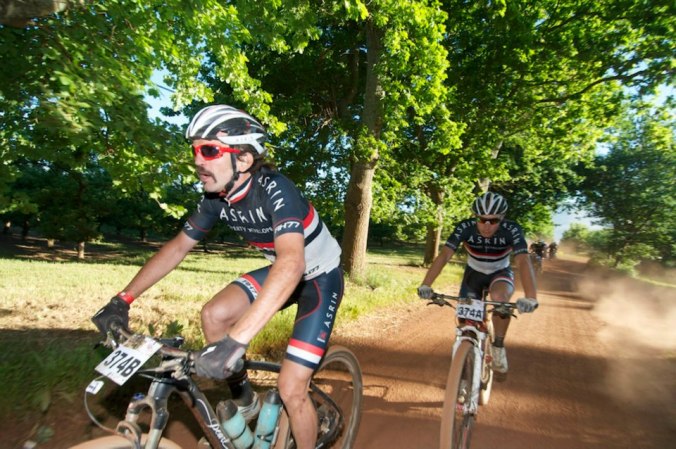 Trying a move off the front on the second stage.

The second day promised to be more fun with a flatter route which would suite us better, and kilometers of awesome single track. Hasi and I found ourselves in the company of one of our countries leading pro roadies, Robbie Hunter. It was fantastic to ride with Mr Hunter. He would gracefully allow us to hit the trails first and then when he caught back up to us on the dirt roads, it would be like hooking onto the Hunter Express. Big power! He certainly showed why he is one of the leading sprinters/lead out man in the world. We cruised in, in 6th place on the day. Somewhat better than the previous day but not really where we wanted to be.

The final day of racing provided the mountain bikers with many kilometres of single track again. There would be a sting in the tail towards the end of the stage and race with 3 cheeky climbs to finish things off. It was make or break time for Hasi and I! Our chance came some 20 kilometres into the stage, when after exiting a section of single track from the lead group we attacked. We managed to open up a gap through Botrivier and built it up to about two minutes. The adrenaline was pumping with the chopper following us from above and the possibility of a stage win opening up.

This is when disaster struck! While following the main dirt road which we were on, we approached a fork in the road. With the main road going left and a smaller less used road going right and no visibly recognisable marker board, we decided to go left. Unfortunately this turned out to be the wrong call.

It left a  bad taste in our mouth after proudly being told that morning that 3000 marker boards were used along the route. Additionally the lead motor bike was far too far ahead to be of any help to us.

Unfortunately that’s how it goes in mountain biking sometimes.

I must commend the organisers on other aspects of the event in which the attention to detail was great and made the event stand out in those terms from others. Small things like leaving a couple of Saturday papers on the tables in the dining hall for guys to read to even having the option of Seafood for dinner one evening!

With that a busy year of racing is now done and it’s time a couple of beers and KFC! 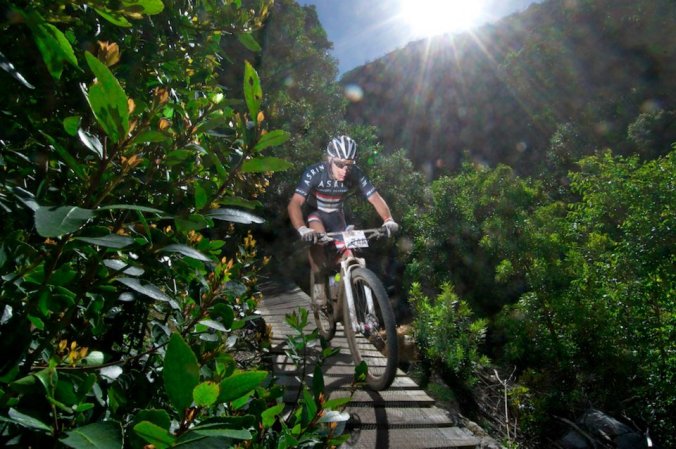 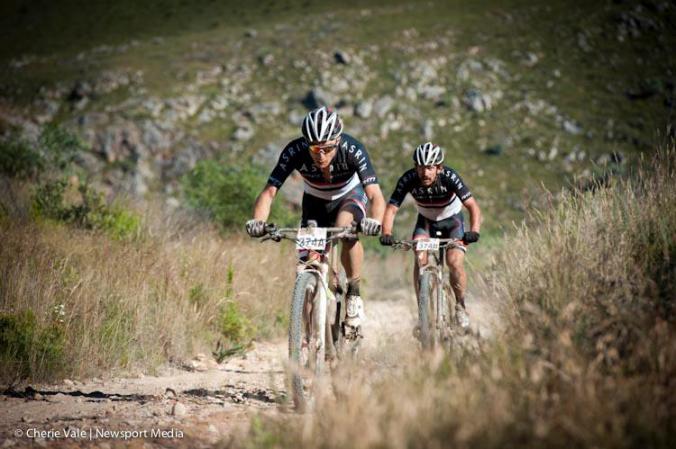 Hasi and I off the front on the 3rd stage. 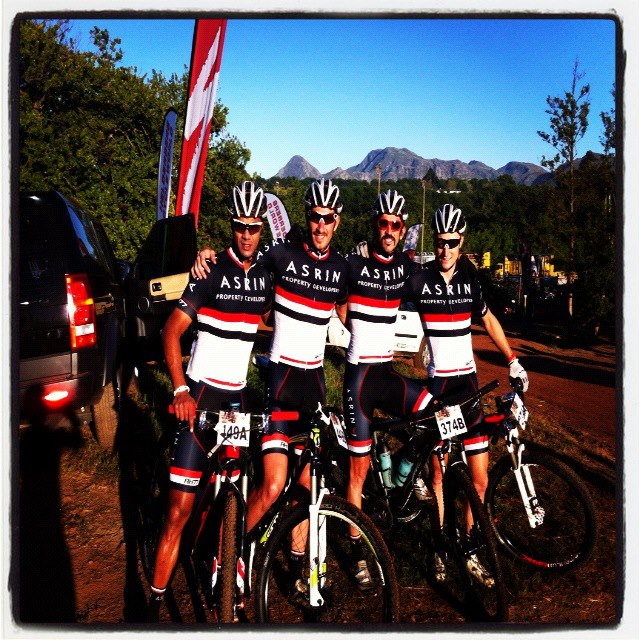 Two of the three Asrin teams.

From left to right: Nizaam, Ludi, Hasi and I.