Yes Betsy was temporarily replaced this past weekend.

A part of me did feel like I was cheating on her, another part enjoyed the comfortable, air conditioned Landrover Discovery. Either way it meant the same thing, I was back on the road and travelling to another race.

It was the first edition of the Cederberg 100 Miler and ever since the event was launched a few months ago, it had piqued my interest. The race would start at the Clanwilliam Dam and use a maze of gravel roads to take the riders through and over the Cederberg mountains to finish 160km, or 100 Miles later at Kaleo Manor. Tankwa Trek riders will be familiar with Kaleo Manor and having some knowledge of the roads leading into the guest farm did help through the final kilometres of the race.

The Cederberg mountains, as I have been told before, were beautiful. I have vowed to come back, I think a trip on the bike would do them justice to enjoy them further.

A lead bunch of 7 riders was formed on the rollers leaving Clanwilliam. The course would encompass mostly gravel roads and they were dusty. Last week I vowed to never again complain about the dust after some major sense of humour failures as a drowned rat in the Eastern Cape.

The majority of the 3000 metres of ascent would accumulate from kilometre 60 to kilometre 100, as the route profile would suggest, this was where the selection would be made. After 100 kilometres into the 100 mile race, the lead group was whittled down to myself, Charles McFall and Craig Boyes.

When the race starts at 100m ABSL and ends at over 1000m ABSL, there is going to be some climbing…

With some flatter roads, the 3 of us combined well until the rolling climbs in the final 20 kilometres, first took Craig as their prisoner. He would soldier on to finish in 3rd position on the day, not too shabby for the working class hero!

I had some idea of what was still to come in the final stage of the race and used a climb just 5 kilometres later as my springboard to attack Charlie. He had rode valiantly all day but I had managed to dislodge him now and entered time trial mode to the line.

All in all the adventure out to the Cederberg Mountains was a success. Whilst we did miss Betsy, I won’t complain about the comforts either.

Also a big thank you to Nic, Nia and Megan for your behind the scenes efforts as well as to the Iqela Events team for another fantastic event. 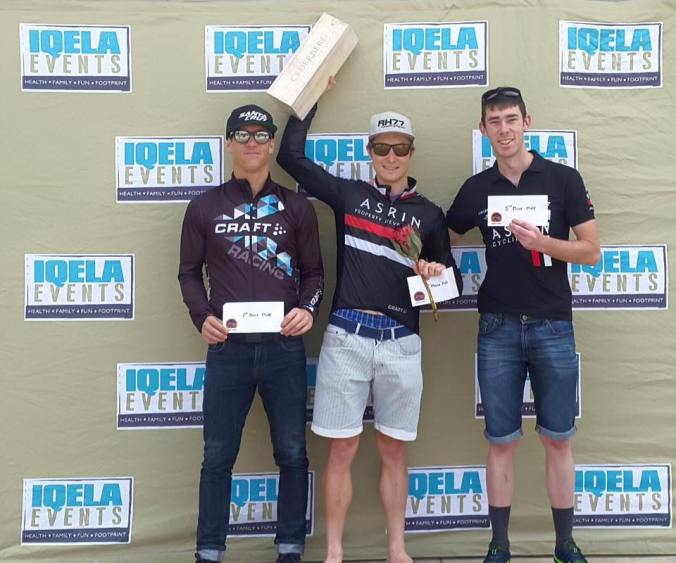