Belgium is the Mecca for all racing cyclists around the world. The country eats, breaths and lives cycling.

So Christiaan and I choosing it as our first foray into European racing seemed like the most natural choice although one may say we are jumping straight into the deep end.

We left South Africa last Saturday and just over 24 hours of travel arrived at our flat in Leuven, which will be home for the next two months. Leuven is a university town, much like Stellenbosch is, and is about thirty kilometres east of the country’s capital, Brussels, and is what I would imagine, a typical European town with many cobbled roads, old buildings and a large church in the centre of town. 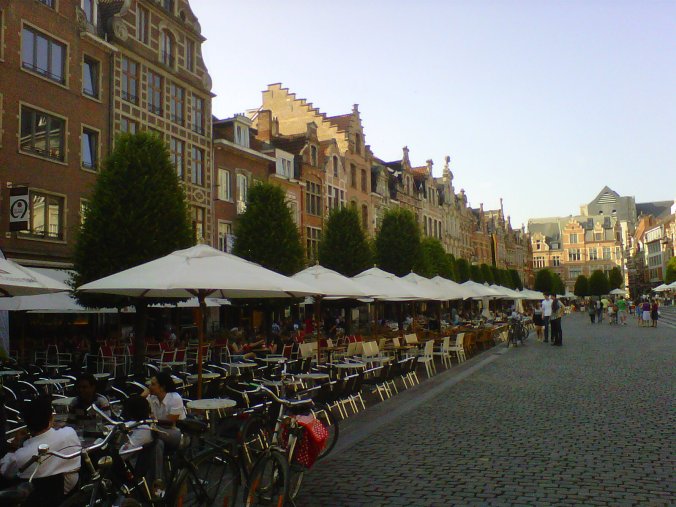 The Oude Markt in the centre of Leuven.

There are about 50 bars in this big square.

The riding here is a really amazing, with many roads leading away from the town in every direction and we have only explored a fraction thus far! There are also cycle lanes on 90% of the roads and when on the actual road cars wait and only pass when it’s safe to do so, very unlike South Africa… I haven’t had much of a chance to explore the trails yet but I am sure they will not disappoint.

We have enjoyed in a few Belgian specialities namely frieten and beer (all in moderation of course as we are here to race). I have enjoyed the Maes beer the most so far and the frieten (French fries/slap chips) are great and can be found in many frieten cafes around the town with a choice of sauces. Mayonnaise is the most popular choice. I have recently been informed that as Leuven is the home of the Stella Artois brewery that is now my favourite beer…

The frieten are unlike those back home, are always very hot and crispy and quite superior different to ‘slap’ chips. I also had quite a cool ice cream the other day after practicing the XC course, and haven’t ever seen anything like it. Each side had two thin pieces of wafer biscuit, using the outer pieces as a scoop to eat the ice cream in the middle and when that’s done squeeze it together and eat the rest like a sandwich! Enough about the food.

My first race was the second round of the Belgacom XCO Series in Averbode. This series is pretty much the Belgium national series and the event was a UCI category one race.

The Belgium National Champ, Kevin van Hoovels, had been kind enough to pick me up in Leuven and give me a lift to the race. I was also able to chill with his team, Versluys Evenza, before the race in their very professional setup! The course was just over five kilometres long, which we would do eight laps, but pan flat with only thirty metres of ascent per lap. 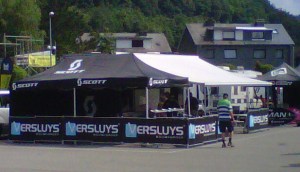 The Versluys Evenza Team setup at the races.

The race started at 4pm on Thursday afternoon (my latest start ever but apparently it was a national holiday) with about 70 guys lining up. The scales were tipping at 30 degrees, not what you would expect when racing in Europe but it is going into summer here, the vibe was very different to the South African races I have done as almost two thousand spectators lined the course.

All started well until we hit the beach sand sections which had changed significantly from the previous day’s practice.  A lot of cyclo cross guys raced on the day and for them riding in the sand is second nature. I managed to get a hang of it by about the 5th lap in the race but this was a bit late. 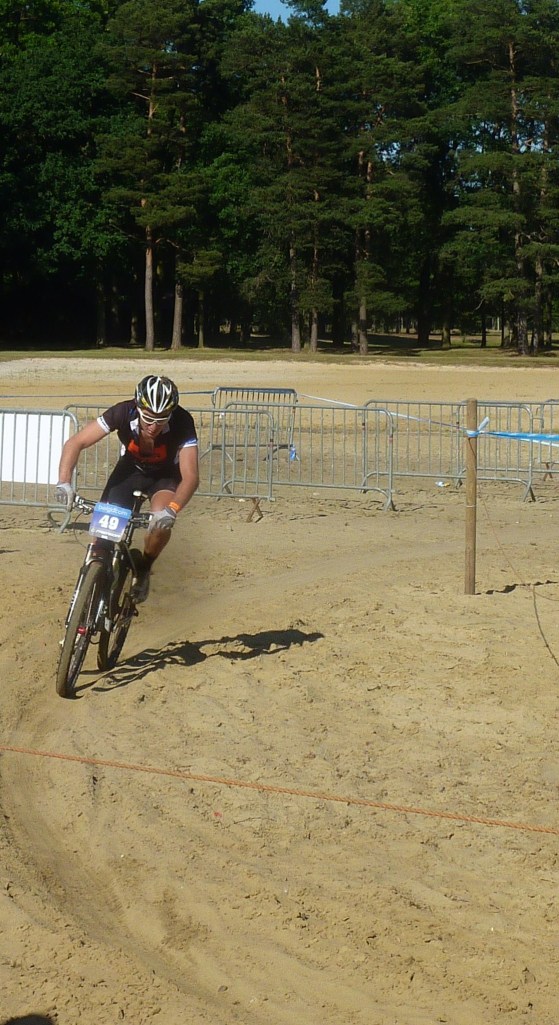 Struggling along in the sand.

I think I must have lost at least 10 positions on the first lap in the sand. I would be able to ride back to the guys in the forest section and pass them only to have them pass me again in the sand. This yo-yo battle went on for most of the race, against who I’m not sure as I don’t know many guys’ names.

Coming through the start finish on each lap was cool as the commentator would say in Flemish “here comes Christopher Wolhoooterrrrr the South African” and really roll the “r”.

I finished in 42nd place in the elite and u23 combined race and somewhere in the top 30 elites. Not an amazing result but it’s something to start with and I feel I can definitely improve on that (especially on a course with less sand J ).

My next race will be on Sunday at the Malmedy Mountain Cup, another UCI category 1 race.

Apologies for the lack of blogging of late but we have had a couple of issues sorting out internet on our lap tops which is now all resolved.