I was fortunate enough to have a third row call up again amongst some fifty plus starters.

How the race started, you can see me breaking my chain about a minute in.

I felt quite good with the fast pace off the line for a change and was well positioned in the top fifteen until I had to get off and run on the first climb as we all bunched up.

Heading up the second climb disaster struck…. My chain had snapped, and to make matters worse I was literally a hundred metres past the tech zone but the rules stipulate that you can only move in one direction on the course so I had to run some three kilometres to the next zone. I was now comfortably in last place. Arriving at the tech zone Gerry fixed my chain in such a speed that would have earned him a spot on an F1 pit crew! 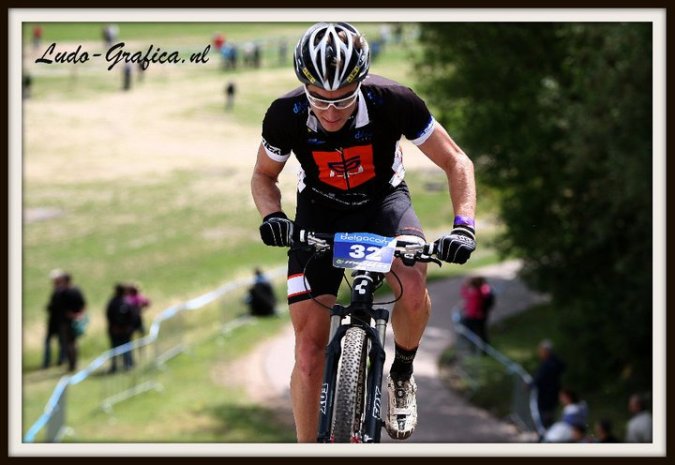 Heading up the first climb.

I knew the chances of being lapped were quite real but set off to get a good workout in for the day nonetheless.  I pushed quite hard on the relatively tough course. There were four steep bank type climbs, they weren’t long but the steepness and the manner in which they were arranged took quite a hit on the body. Although there was nothing particularly technical, most of the single track was quite twisty and required a lot of breaking and accelerating, so technical skills played a major role on the day. 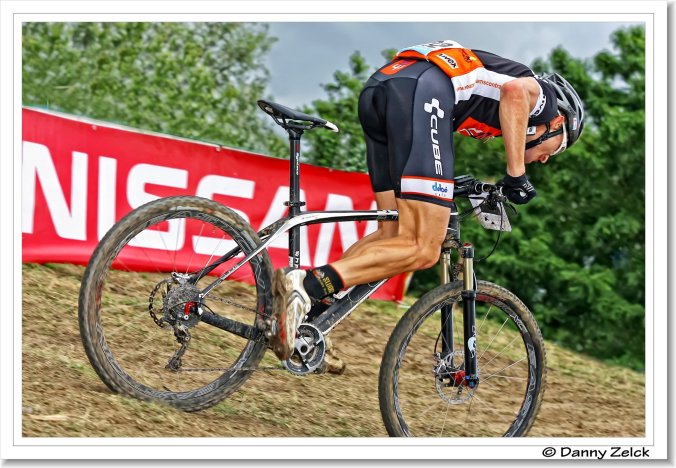 After my initial mishap I managed to catch four guys through the race to finish in 36th place in the combined Elite/U23 race despite getting a slow flat which meant another stint of running on the last lap. 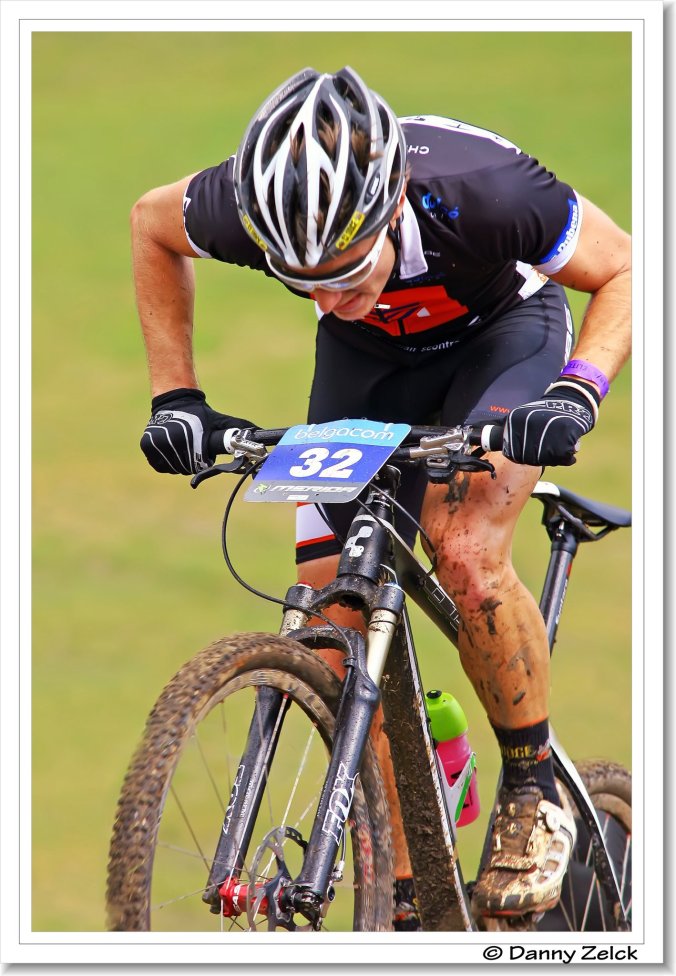 I was quite disappointed as I felt that I could have ridden at least a top 30 on the day but that’s the way the cookie crumbles I guess.

I will be doing a Merida Flanders Cup XCO race this weekend followed by a mid week kermesse next week and then another Belgacom XCO next weekend.