After some frustration in the last few weeks I can finally put pen to paper, so to speak with some positive news! The team headed down south to Montgomery for the next round of the South East Regional Series.

The race weekend followed the usual format with the crit on the Saturday afternoon and road race on Sunday.

The crit course was fantastic; it was set in downtown Montgomery around the capitol building and had some nasty drags in it. Perfect! It really lent itself to a break going and I think that everyone was so attentive to this that the race ended up staying together. Our cracks off the front did bear some fruit as I had managed to snatch the mid race prime and DZ took a cash prime late on. The boys did follow anything that looked dangerous, as well as initiate a few moves of our own but as the laps ticked on by we knew we would need to get the train running into the finale.

Brian and J.Lo got on the front in the closing laps and really drove the pace, ensuring that no one would want to try and attack. They dropped Junior Mint and I off perfectly in the last corner as we kicked in the final 300m up to the line. JM went long and held the preying vultures off to take the win, as I came around the Project 706 boys to grab second, with Winston David rounding out the podium. It was a fantastic day for the team with J.Lo also retaining his lead in the sprinters jersey. 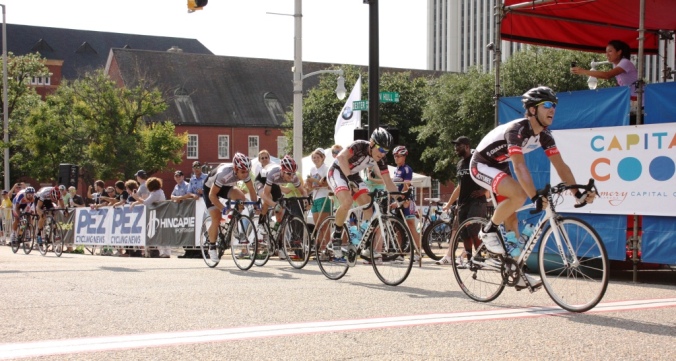 Come Sunday morning we were eager to repeat the previous day’s results. The road race took place on a slightly rolling circuit with a touch of wind. Again the attacks came but nothing seemed to be sticking. DZ and Brian got stuck into the Stan’s KOM competition and both grabbed some points.

With 2 laps of the 6 lap race left to go, we missed a dangerous move that seemed to shoot off the front of the race really quickly. We got the boys organised on the front and with the help of a few individual riders managed to ride the gap down from 1.30 to ten seconds. It was that sort of weird moment where none of the teams wanted to close the last part, as they knew the counter would come, but we all knew we needed to shut it down.

Ultimately at the end of the day the 9 riders managed to stay clear by a frustratingly close 3 seconds! I took 4th in a mistimed sprint in the bunch to get 13th on the day.

All in all it was a great weekend of racing in Montgomery put on by Start Smart Cycling. Personally it was great for the morale to get the results behind my name after a frustrating few weeks where I know my numbers have been good, but they haven’t translated into the results I would have liked. That is how it goes in the cycling world I guess.

On Monday I drove up to Chicago, or Chi-Town with Dilly. We spent a great evening with friends of his Joel and Ashleigh feasting on some delicious pork barbeque which Joel had smoked himself! On Tuesday morning we did the last 3 hour stint up to Fon Du Lac where we will be based for the rest of the week as we take on the Tour of America’s Dairyland which started yesterday and we race though until Saturday.

Another saffa reunion is on the cards as I will be racing with Jos and Christiaan! Looking forward to it! Until next time, arrive derci! 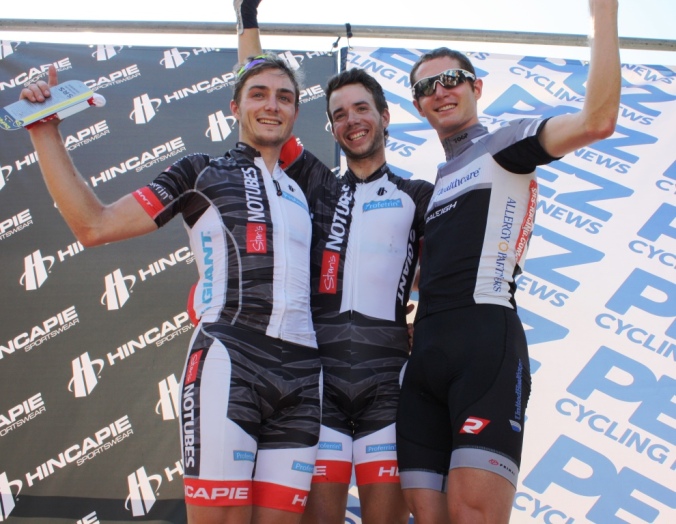 One thought on “SRS Montgomery – Snatching Another Podium”