With a weekend off racing last weekend it gave me some time to settle into my new home town, Greenville. The last two weeks have really been my first here, as previously I was off to team camp and then Florida in a matter of a few short days. Thus far I have been loving it; I have met some really cool people and am enjoying the endless country roads for training.

I was glad for the weekend off racing as it allowed me to get into a good training routine, instead of playing the balancing act of getting workouts in, whilst trying to recover from the last race and be fresh enough for the next. This seemed more important now, especially after some exposure to high level American crit racing I knew I had to tweak the training a bit.

The weekend off also allowed me to go watch my first Ice Hockey game. I was off to the Bilo Centre last Friday night to go watch the local team, the Greenville Road Warriors, take on the South Carolina Stingrays(what a bad ass team name?!). We had a cool mix of a guys and girls going to watch the game including: 3 Americans, an Aussie, a Bahamian and a South African (yours truly). All in all it ended up being a fun evening watching an iconic American sport, getting to know some new friends.

And the Sting Rays score! 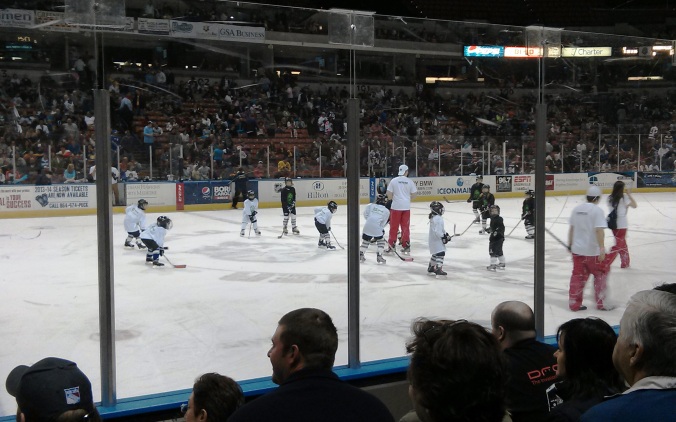 The kids game in the intermission, it was more exciting in that they netted way more puks than the real game.

Last week’s highlight was no doubt having my girlfriend, Ash, arrive from South Africa. It has been a long 6 weeks without her and I am stoked she is in Greenville with me now. It is going to be great to share this awesome adventure we have ahead of us over the next few months. You will now no doubt also see some more racing shots on the blog as she gets behind the lens at the races!

Fast forward a few days and the weekend which has just passed saw us venture up to Rockhill to partake in the Rockhill criterium on Saturday and road race on Sunday. We used the races as hard training sessions ahead of the upcoming NCC crits.

The crit course was somewhat different to a typical downtown crit course with a more peaceful setting amongst the Cherry Blossoms in spring and a lake. A drag up the back straight also changed the dynamic a bit in comparison to the typically pan flat crits I have done this far. 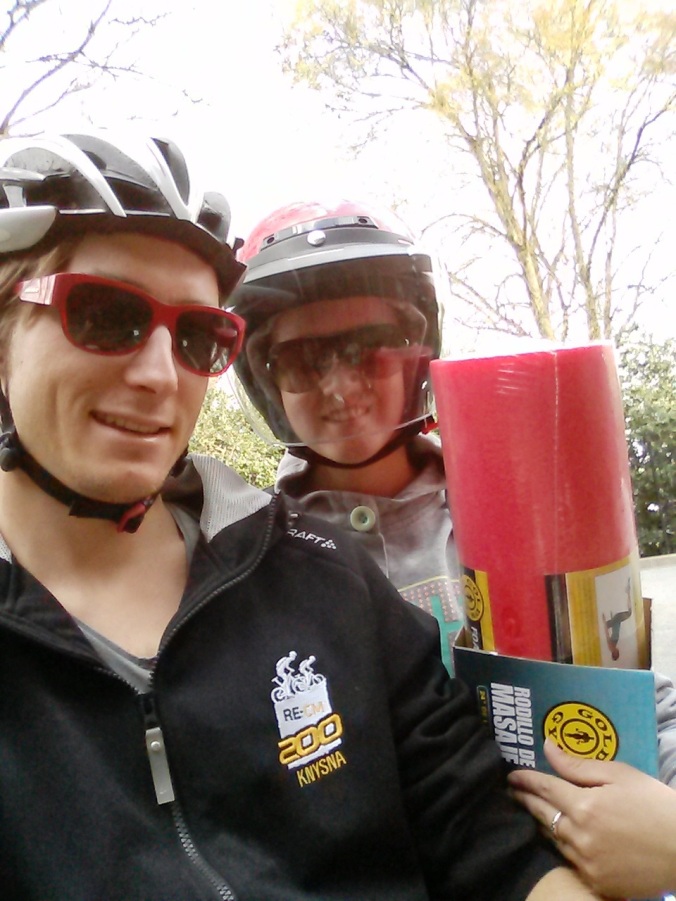 Shopping on the moped with Ash.

Rock Hill Criterium in the park.

Brody at the bike races.

The first half of the race was particularly active, and Brian and I found ourselves following numerous moves. The field didn’t seem to be in the mood to let anything stick so I decided to sit in and save the legs for the bunch kick. In a moment of relapse a group of 5 snuck away close to the finish, despite Brian getting on the front to try and real them in with 3 laps to go the group just managed to stay away.

Now, sprinting for 6th place, I found myself too deep coming out the last corner with 400m to go. I tried to kick early and salvage whatever result I could but got boxed in and had to be content with 13th on the day.

The following morning we were up bright and early and back in the Nissan on our way to Rockhill for the 180km road race. I was quite enthusiastic about this as road races back home are not often longer than 120km. I knew I had the base miles and longer mountain bike marathon races in the legs and was keen to see how this would translate onto the road.

Brian managed to get into the decisive early break which went within the first 20km of the race. Shortly thereafter the peloton split into a further two groups, I found myself in the front split of 20 riders. Two of the local teams: Global Bike and Finish Strong set about trying to bring the move back whilst I happily sat on the back with Brian down the road; this was however not to their liking!

A further 100km down the road the situation remained almost unchanged with the front move still maintaining a good four minute advantage. I had missed a move of 3 riders who attempted to bridge across and at the end of the day were actually successful.

I wasn’t particularly happy about ‘just finishing in the bunch’ so set about attacking my fellow companions on the rolling climbs of the back stretch of the course. I managed to create a split of four riders with another four joining us a few kilometres down the road.

I felt strong approaching the last 30 minutes of racing and drove the move as hard as I could to try and pick up remnants of the front split. We had too many ‘free riders’ so I attacked the group again with 10km to go and took one rider from the Finish Strong team along with me. We combined well together and almost caught 3 riders ahead. The positive was that we had managed to eliminate a gap of over a minute to just ten seconds at the line. The Finish Strong rider and I went from friends to foe as we approached the line as thought we were sprinting for the last dollars on the line. Although I managed to convincingly win the two up sprint it was for 13th place and not 12th as we thought (the last paying spot).

Two 13th places in one weekend?!

This weekend we will tackle the Presbyterian Criterium, one of the hardest crits on the American circuit. The two hour race is sure to be a brutal one.

Until next week then, ciao!

Trying to shake things up.

The drag up the back stretch.

B.Hill putting the hurt down. 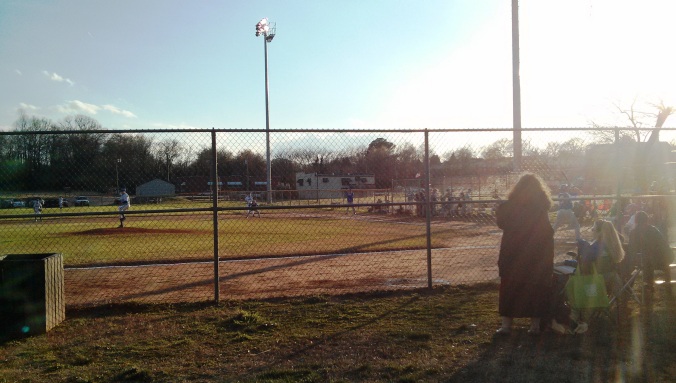 Caught a Baseball game on the way home from a late afternoon pedal. 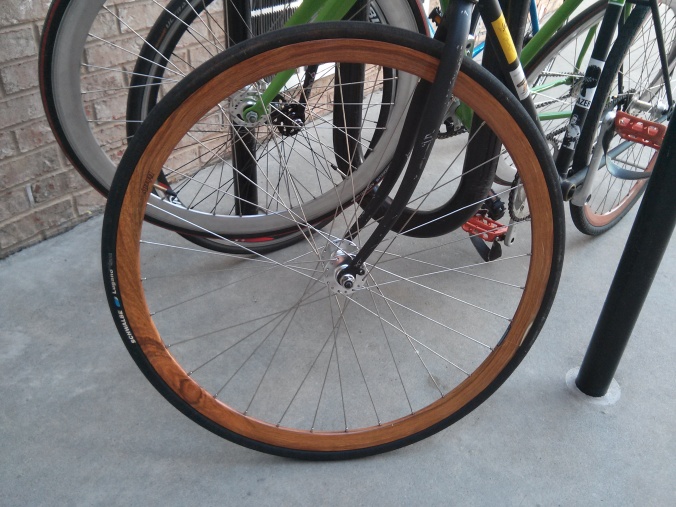 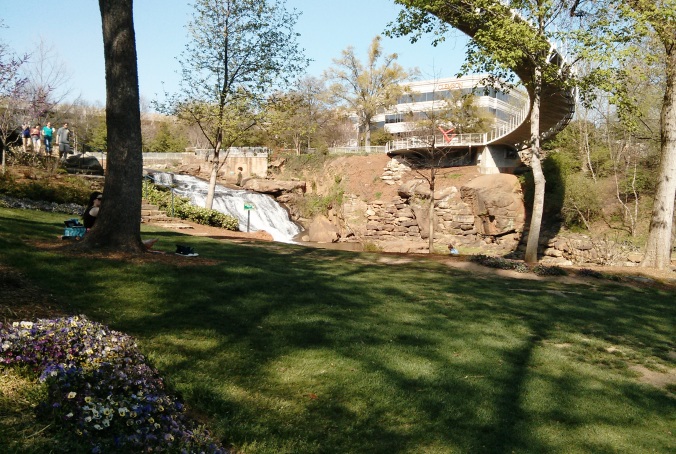 Walk in the park along the Swamp Rabbit Trail.

One thought on “Rock Hill Criterium and Road Race”