On some Monday’s there are races from the last weekend which you don’t want to write about and some you do. Today was one of those Mondays where I had both of these feelings.

First let’s rewind the clock a week. Last weekend was the 3rd WPCA Winter League criterium, as it was a long weekend my writing decided to take a break too. The race was once again well organised but I didn’t come away with the result I wanted. A break of 3 riders had managed to go clear earlier on in the race and in the later stages I found myself in a strong move with 3 laps to go, including Charles Keey(Blend Property), James Reid(360 Life) and JP Jacobs(Anderson Transport). We combined well together but left things a bit late and finished a handful of seconds off the front 3. I sprinted like an amateur and took 4th from four in our group and 7th overall.

Back to this last weekend, on Saturday it was time to get back on the fat tyres, my first mountain bike race since the Epic and it was to be the Trucape Classic in Grabouw, a tough race renowned for its awesome single track.

For me the race was one to forget, I didn’t warm up properly and struggled a bit in the first 10km with the fast pace being set up front. When I eventually did manage to settle in things took a turn for the worse. The course marking was poor in areas and this saw me getting lost twice, I wasn’t the only one to suffer this misfortune, something for the organisers to look at in the future perhaps. To make matters worse I then cut my tyre badly, a hole the kind of size plugs don’t have a chance of fixing so it was in with a tube. I decided my day at front was now over and cruised home with some of the guys from the Asrin Property Team.

That evening I ate enough to support a small village for a week and recovered as best I could to get out on the road the next morning for the 4th WPCA Winter League criterium in Ottery.

The usual suspects were there as well as 2011 SA road champion Darren Lill (Bonitas). We were racing on a short 1.2km circuit with quite a few corners in the mix. A proper criterium course, this excited me! More corners meant more accelerations which in turn makes the race harder and thins the peloton out.

I knew which were the wheels to watch on the day and when Stefan Ihlenfeldt (Smith and Associate/O-Bike/Maties) went clear with Peter Wheeler I knew I needed to get across to them. Fortunately Lill had a similar idea and the two of us managed to bridge across. This was within the first 15 minutes of the hour long race but I felt it would be the defining move of the day. We worked well together and managed to put a lap into the chasing bunch as we neared the end. 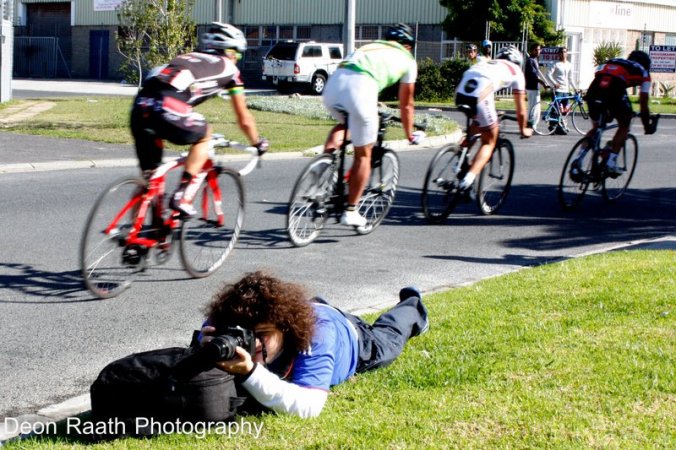 This is also when the attacks started coming but we were all attentive and watching each other. With two laps to go Wheeler snuck off the front and as we all watched each other, each not wanting to be the one who chased him down Wheeler managed to go clear to take the win. The race was now on for second. Approaching the last corner which led into the finishing straight Ihlenfeldt was in front, with Lill on his wheel and myself on Lill’s. I knew I had to be patient and follow the sprint rather than initiate it. Lill went and I jumped, coming out the gates a bit slow at first but once I got the gear rolling I managed to pass Ihlenfeldt and then started gaining on Lill. On the line I threw my bike forward as much as I could but Lill just managed to take it by a couple of cm.

I was happy to be on the podium on the day but not wholly satisfied with the result. 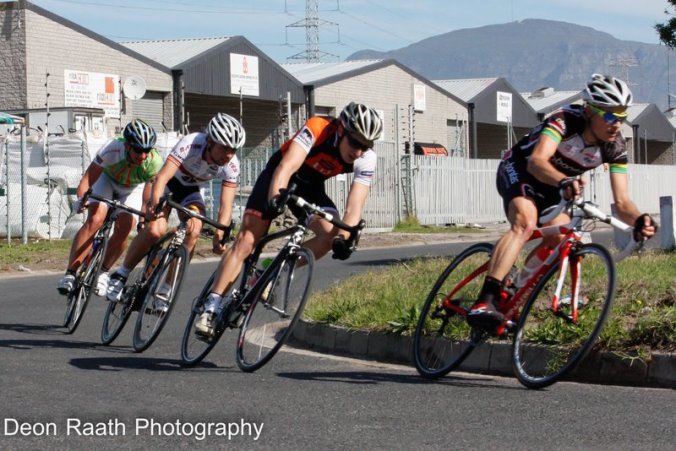